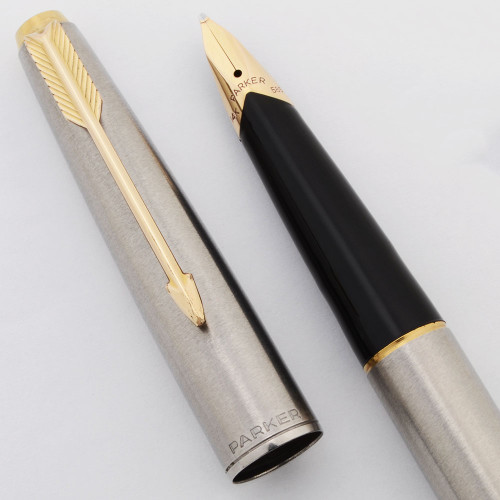 Color  Lustraloy or brushed steel cap and barrel that was generally called "Flighter" when applied to the cap and the barrel. It has gold plated trim and metal convex jewels at either end. The section is black.

Condition  Excellent condition.  Typical warping of the section that is commonly seen on this model.  It is shiny and lustrous.  The cap and barrel have micro-scratching.  The clip has short lines of pitting at the arrow end.  The top has scratching and some plating wear along the edges.  The imprint is clear. 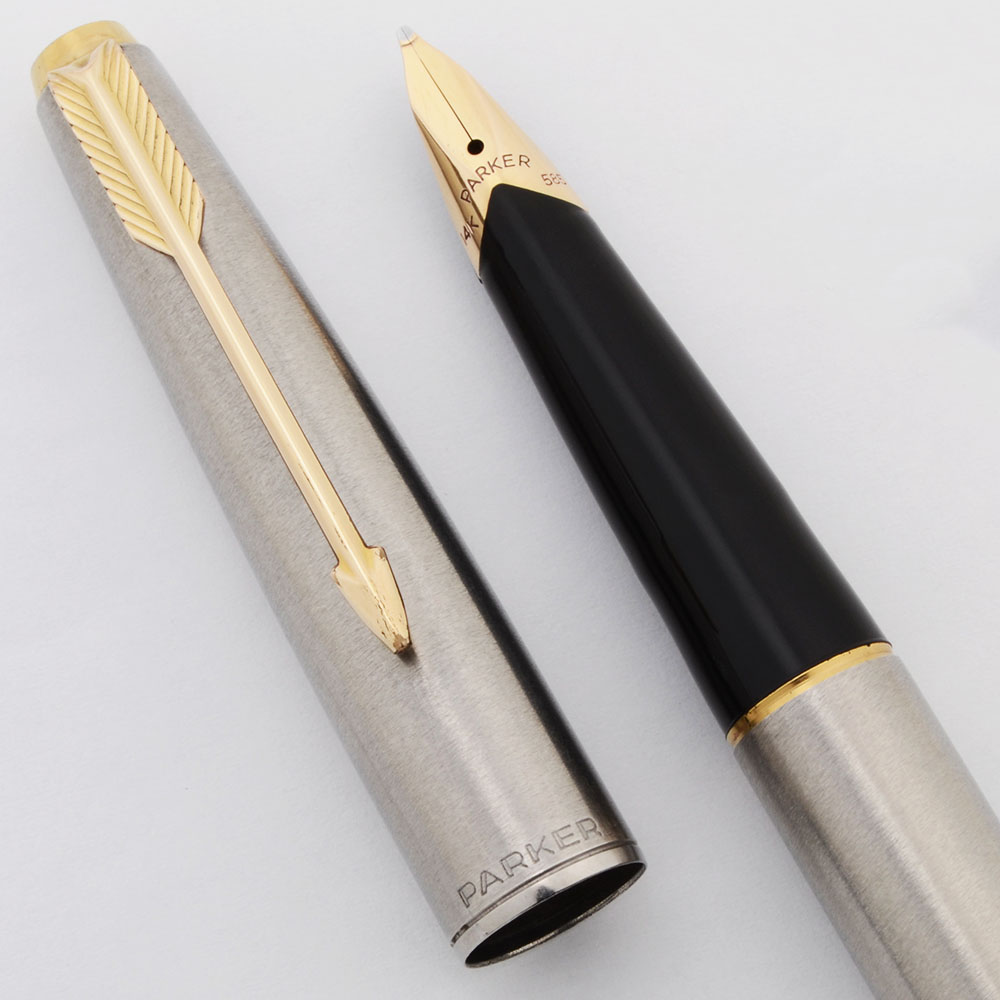 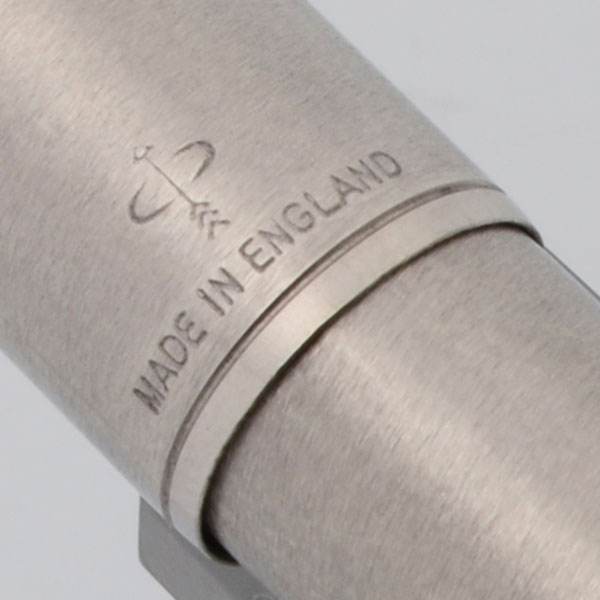 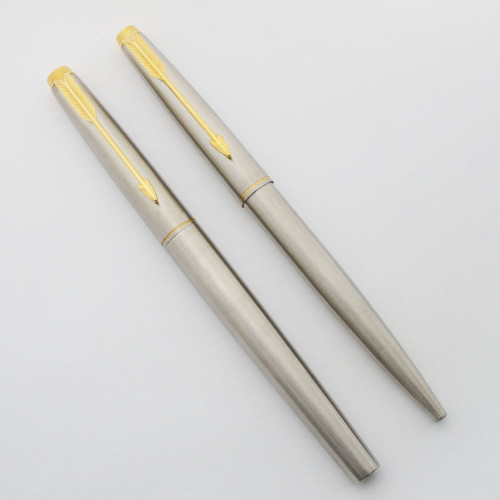 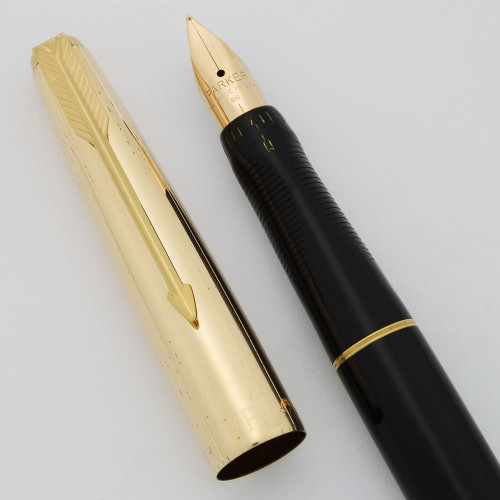 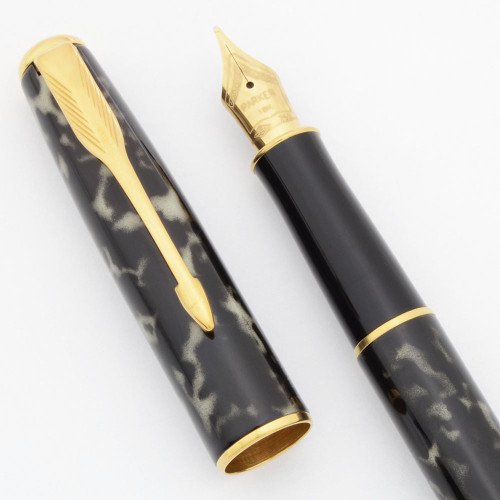 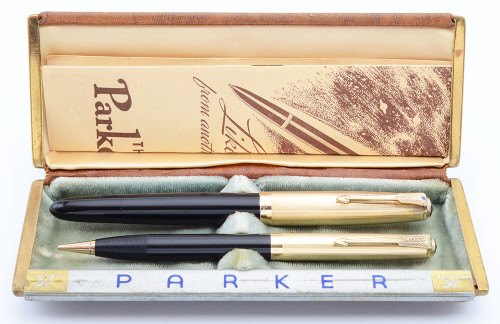 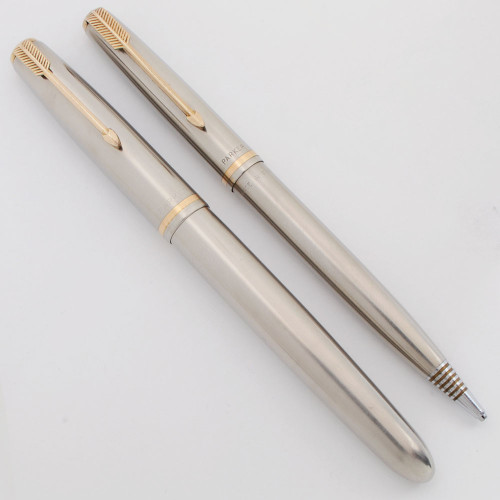 $350.00
Type  Vintage fountain pen and mechanical pencil set. Product Name  Parker 51 Aerometric Flighter, this is the earlier version with a gold plated band. They made this version from 1950 to...
Add to Cart 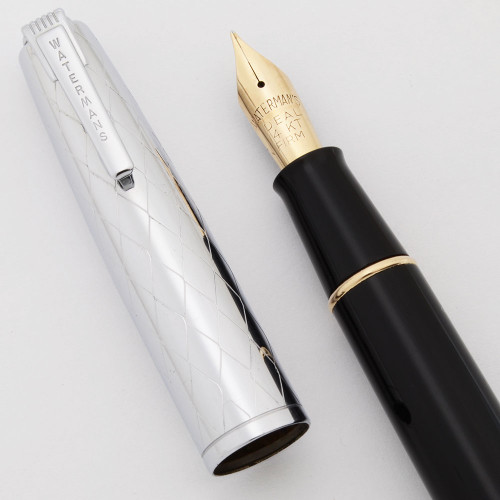