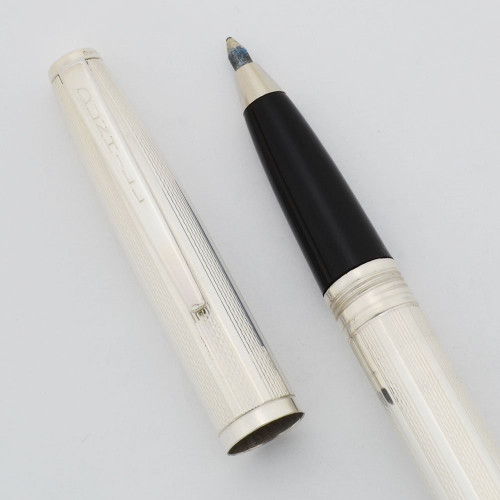 Manufacturer and Year  Dunhill, Germany -- 1970s. Despite Dunhill being based in the UK, in the 1970s and 1980s the pens were generally made by Montblanc or Reform in Germany.

Color  Sterling silver with alternating ribbons of barleycorn etching and smooth metal. The clip may be plated.

Condition  Superior condition, new old stock. The pen is unused with no dents, dings or pesonalization. The tip of the clip is a little rough, indicating it might be silverplated. The imprint at the top of the pen is legible. In Dunhill box, which is a little shopworn. 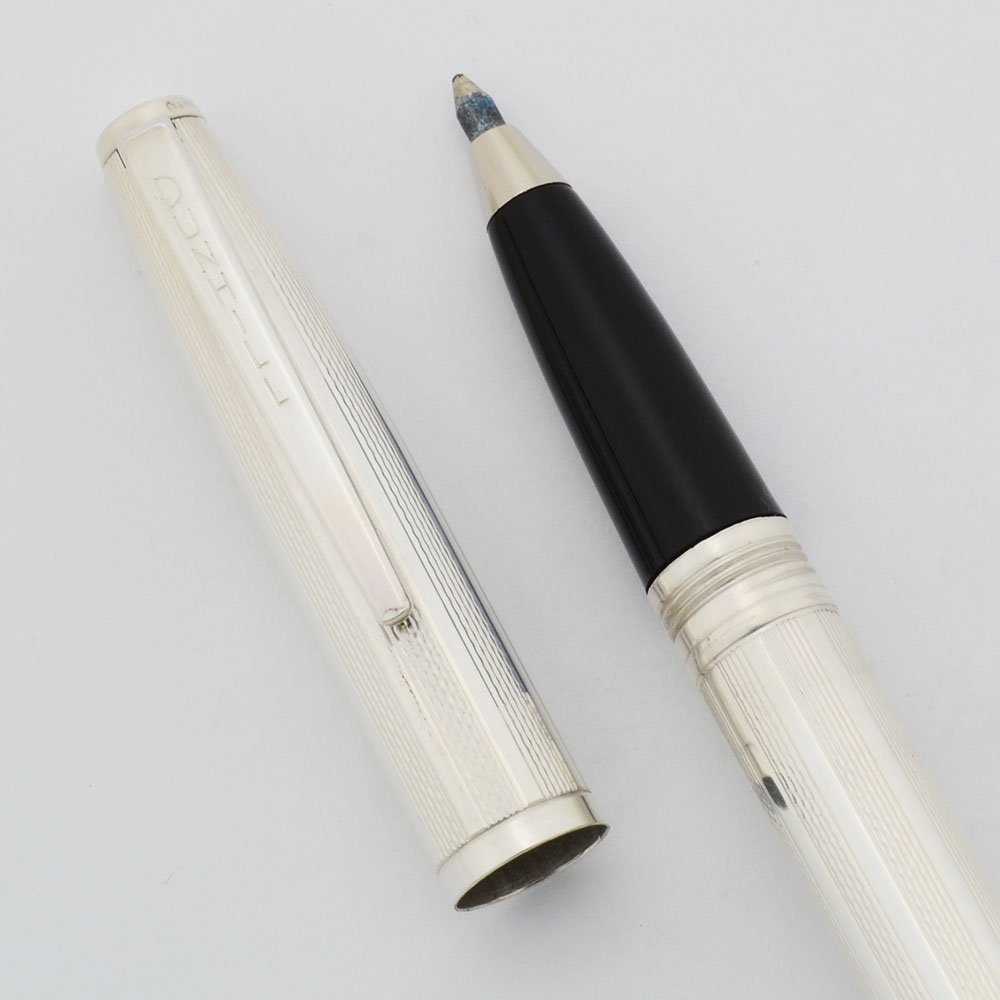 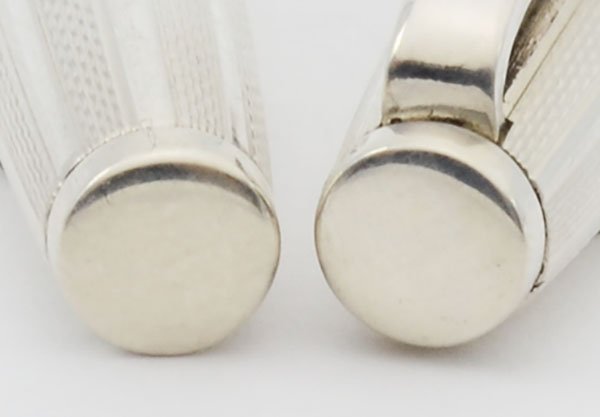 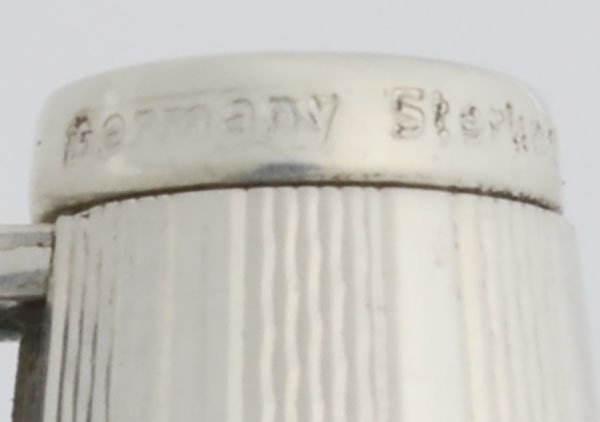