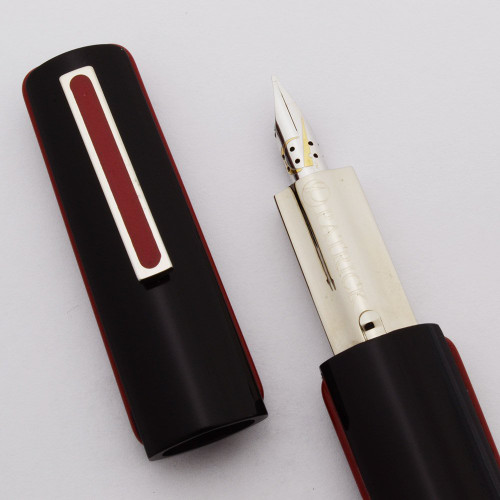 Produced in Italy, the resin, celluloid and metal Babe, as it is called, has sleek lines and an arterial burst of color.

For an added bit of drama, the clip is deployed via a tiny button hidden by the pressure-fit cap. Inspiration is from the lines of an “old space ship, conjured mostly from visceral interpretations" whatever that means.

Manufacturer and Year  Loiminchay. Created as described above in Italy. Limited to 1888 pens produced (we're showing one pen's serial number in the photo, but your serial number will be different). The MSRP on this pen was $2200, and you'll find them online and on eBay for between $1200 and $1500.

Color  Black with red detail along the side.

Condition  New and in mint condition aside from some toolmarks on both of the sides of the nib. No scratches or cracks or signs of use. There were no signs it had been inked when we got it, but we cannot be sure that it has never been dipped.

No box or paperwork. 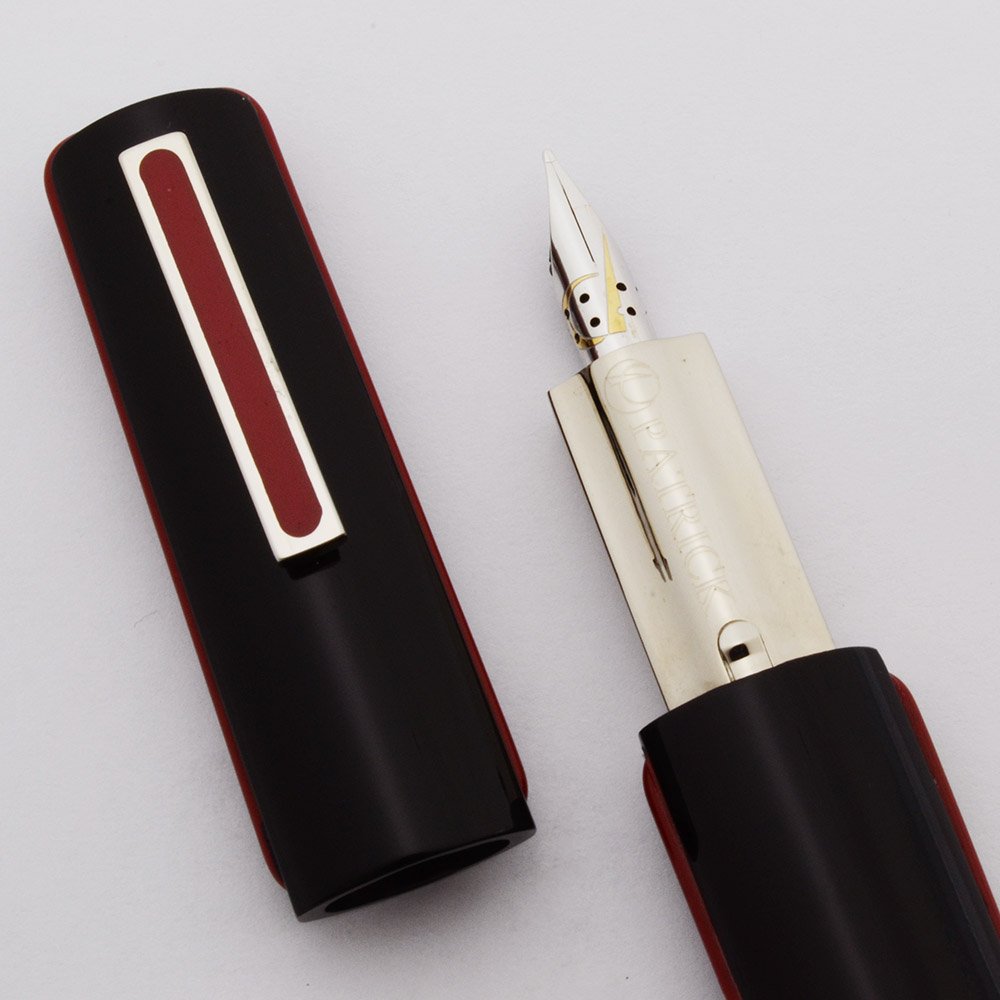 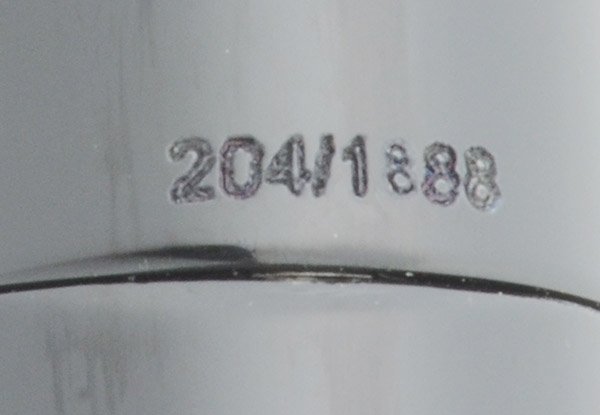