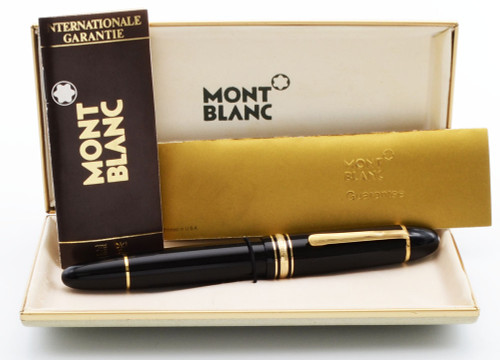 Manufacturer and Year  Montblanc, Germany. May be a 1980s pen with a 1960s nib. The pen has a two-part barrel (introduced in 1985), and brass piston threads (introduced in 1985). Serial numbers were introduced in 1991 and this pen does not have one. Characteristics pointing to a date of 1991 due to the Germany imprint, and the late plastic feed, which appeared in 1996. It's possible that the body of the pen was made after 1985, and the nib was replaced with an earlier nib.

Filling System  Piston filler. It's been cleaned and tested and is working well.

Nib  EXTRA FINE 18c nib is probably from the 1950s, however it has the later plastic feed that Montlbanc has used since 1990. The nib is all yellow gold; a slight anomaly since we would expect it to be tri-color, though we would also note that some of the nib imprints seem smoothed out, so it's possible that the masking has been polished off. It's springy and can achieve some line variation, but not dramatic in terms of flex; please see the writing sample.

Condition  Excellent + condition, in box with paperwork. The clip and top cap band have some scratching, and some of the plating on these is worn a bit thin. The rest of the trim looks quite good. The cap band imprint is easily read. The pen has handwear and polishing marks but no scratches, chips, or cracks. The plastic piston seal has slight discoloration and the viewing window is very clear. 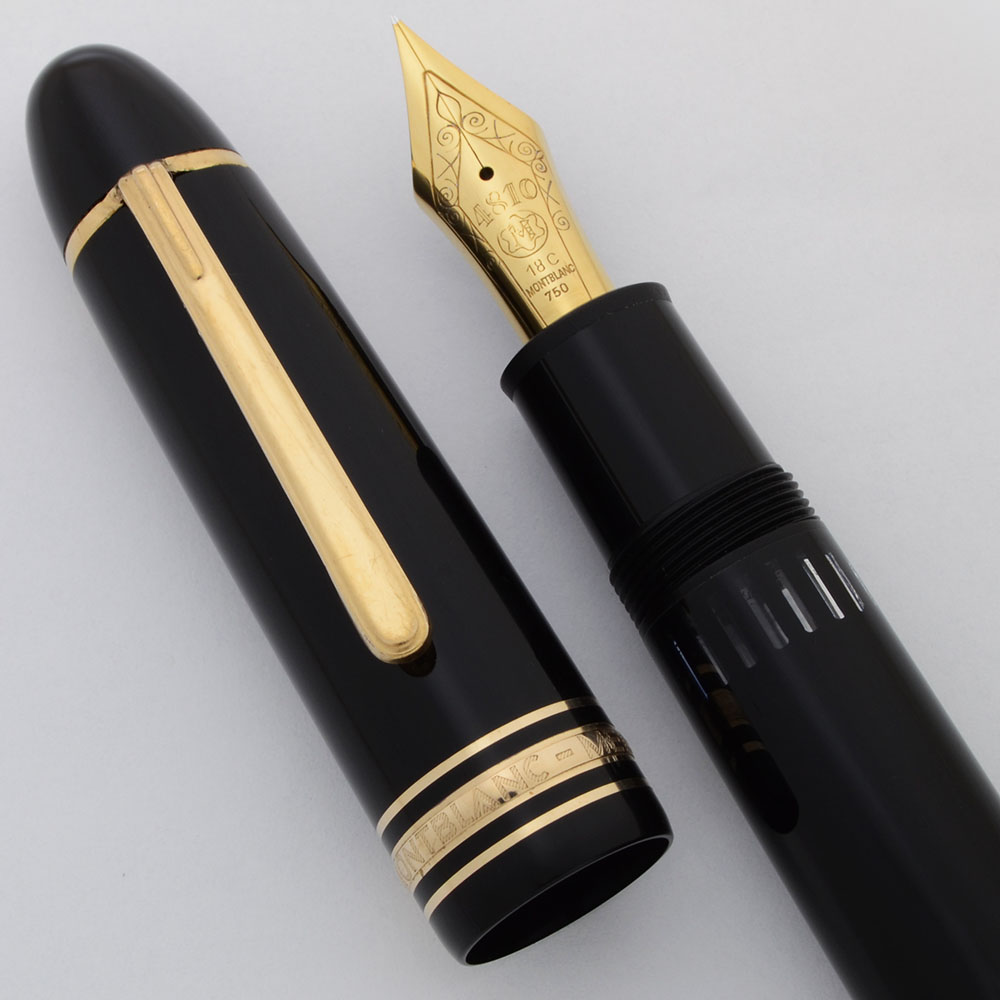 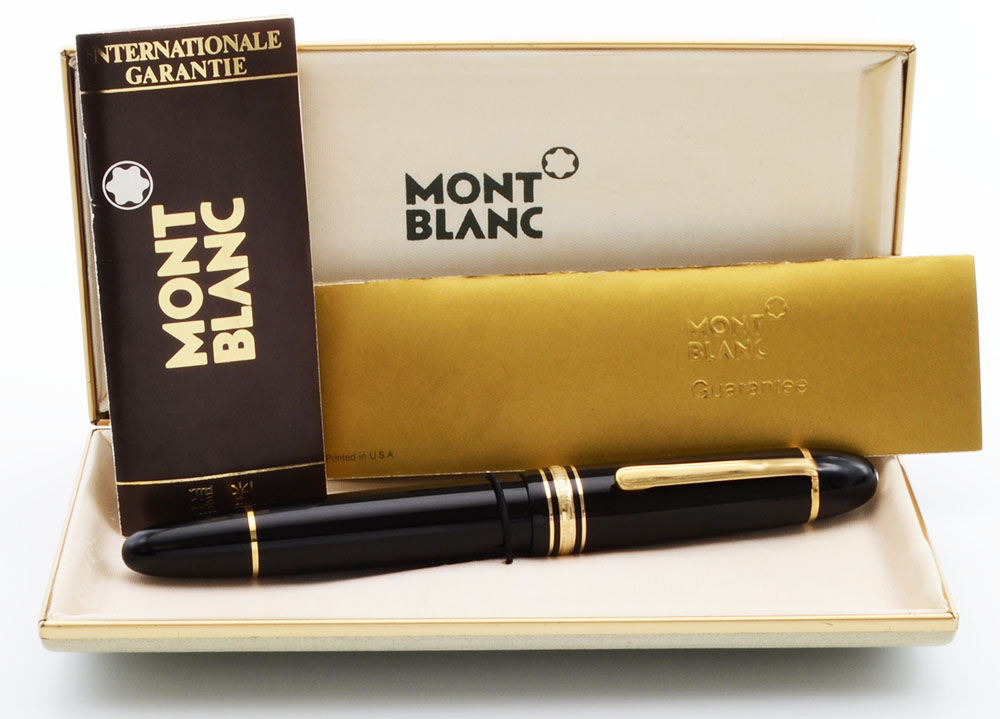 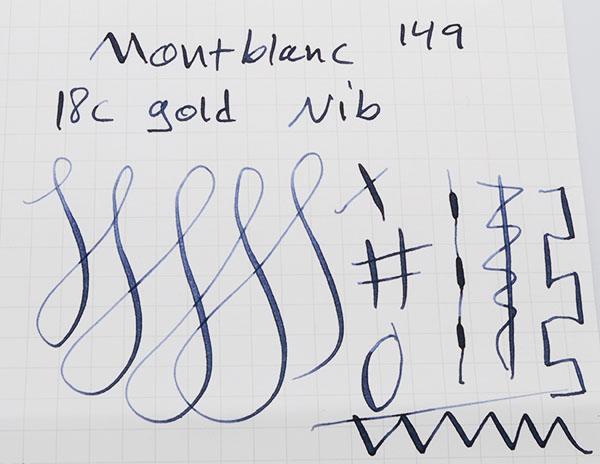 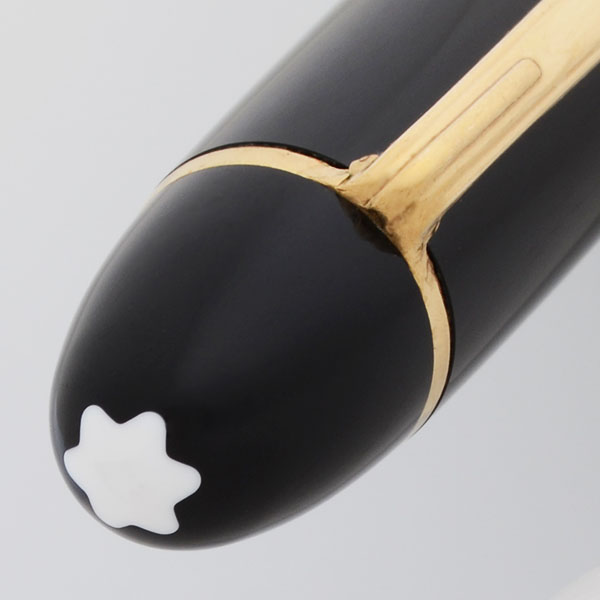 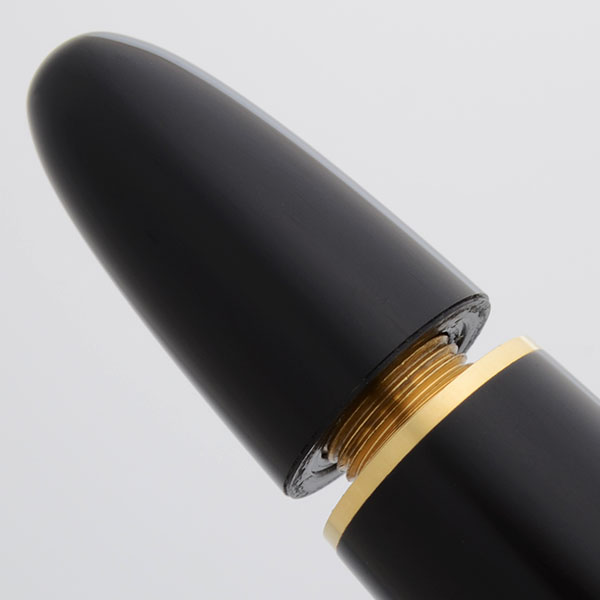 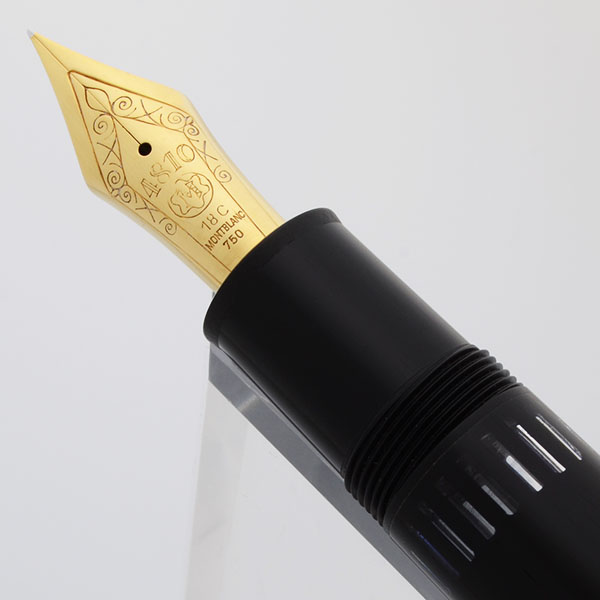