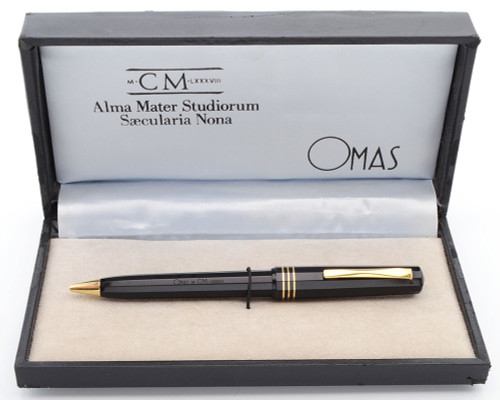 Product Name Omas Alma Mater Studiorum Saecularia Nona Ballpoint. We read that these were produced in limited numbers to celebrate the 900 anniverary of the university of Bologna. The three rings indicates it was made for and sold by the Museum of Modern Art.

Filling System  Takes an Omas ballpoint refill. There's an Extra Fine one in the pen now, and it's working. While the original ballpoint refills branded Omas are no longer available, there's a modern refill made by Schmidt that works well.

Condition  Very nice condition, obvious signs of usage but no cracks, and it still looks very sharp.  Alma Mater Studiorum Saecularia Nona Box within Museum of Modern Art cardboard box.  The body has moderate scratching, especially on some of the facet lines.  The barrel has moderate scratching and some surface chafing due to the twist cap mechanism.  The cone looks great.  The cap has scratching along the faceted edge just above the cap lip.  It has general moderate scratching and one long thin scratch that runs across the three cap bands.  The cap bands are scratched but do not have plating wear.  The clip has light scratching.  The imprint is clear. 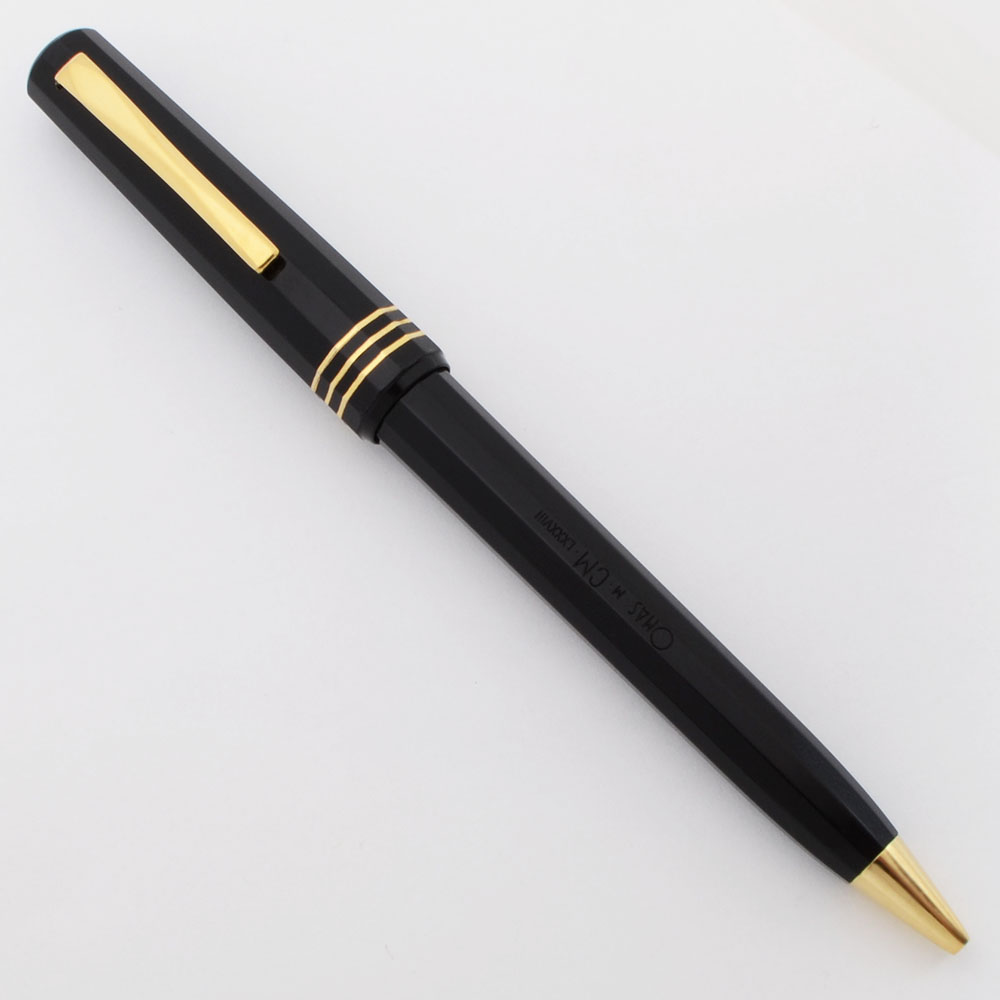 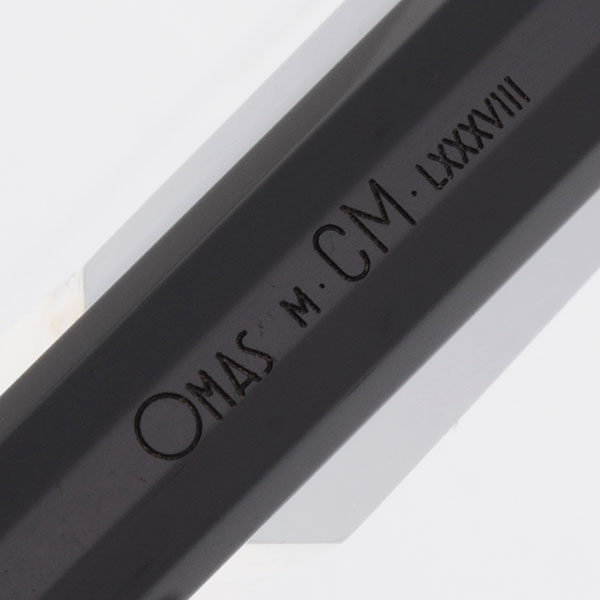 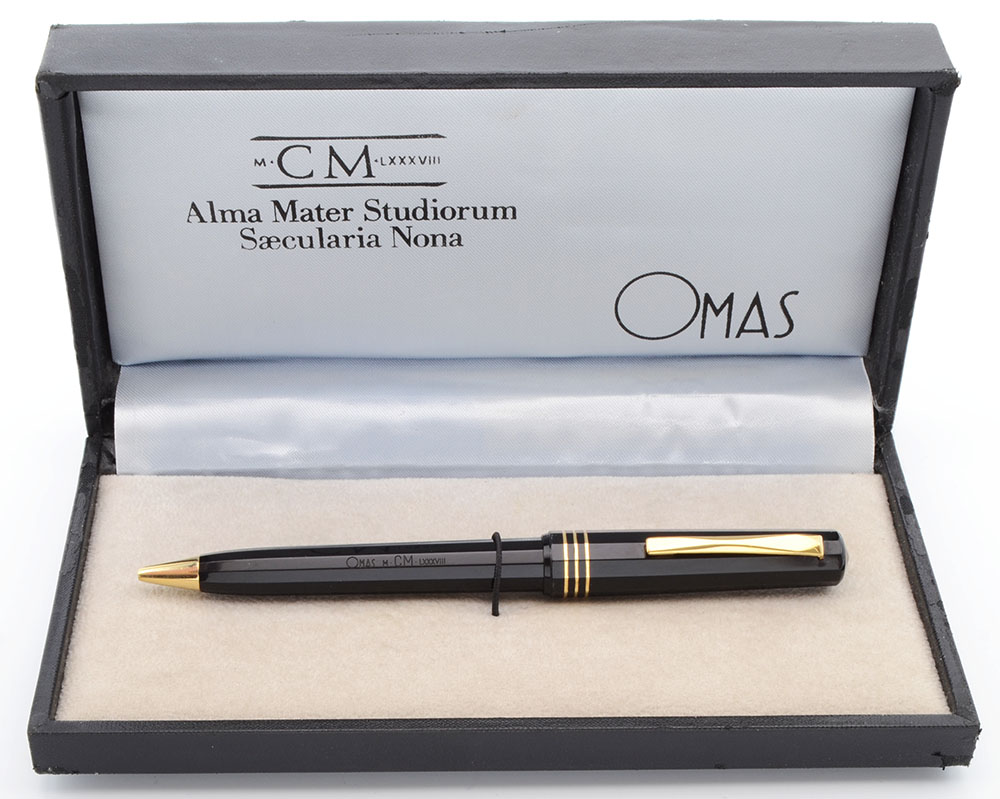