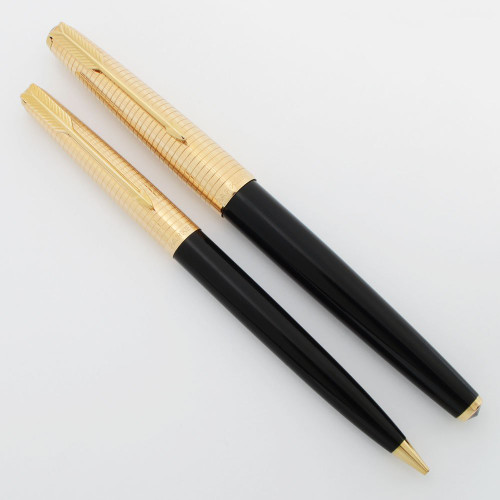 Product Name Parker 61 Consort III, the Mark III is the cartridge/converter version. This is the earlier version of the Mark III with pearlescent cap and barrel jewels.

Color 1/5 12k rolled gold cap with a "brick" or grid pattern. It has a black body and pearlescent jewels on both ends. There is an arrow inset on the section.

Nib  MEDIUM-BROAD 14k nib. The tipping is nice and the pen writes smoothly.

Condition  Superior condition. Fountain pen: The pointed hood (tip of the section) looks perfect. The arrow inset on the section looks great.  The cap is excellent, no dents or dings and the cap lip is smooth. Microscratching and light handwear, but no significant scratches, or cracks or chips. The etched pattern is intact and the jewels are shiny and smooth. No marks from posting. There is handwear throughout but only a few microscratches from posting. The cap imprints are legible. No dents, cracks, or chips. Pencil: Light handwear, but overall in excellent shape. No cracks, chips, dents, or dings. The nose cone is nice and smooth, no dents or scratches. Both pieces are working well.

Parker England released the Consort line in 1967, with twice the gold content of the Insignia line. They also featured a distinctive "brick" or grid pattern with deep horizontal lines on the caps. This model was produced until 1972. They're pretty rare, especially the pen and pencil set and in such great condition! 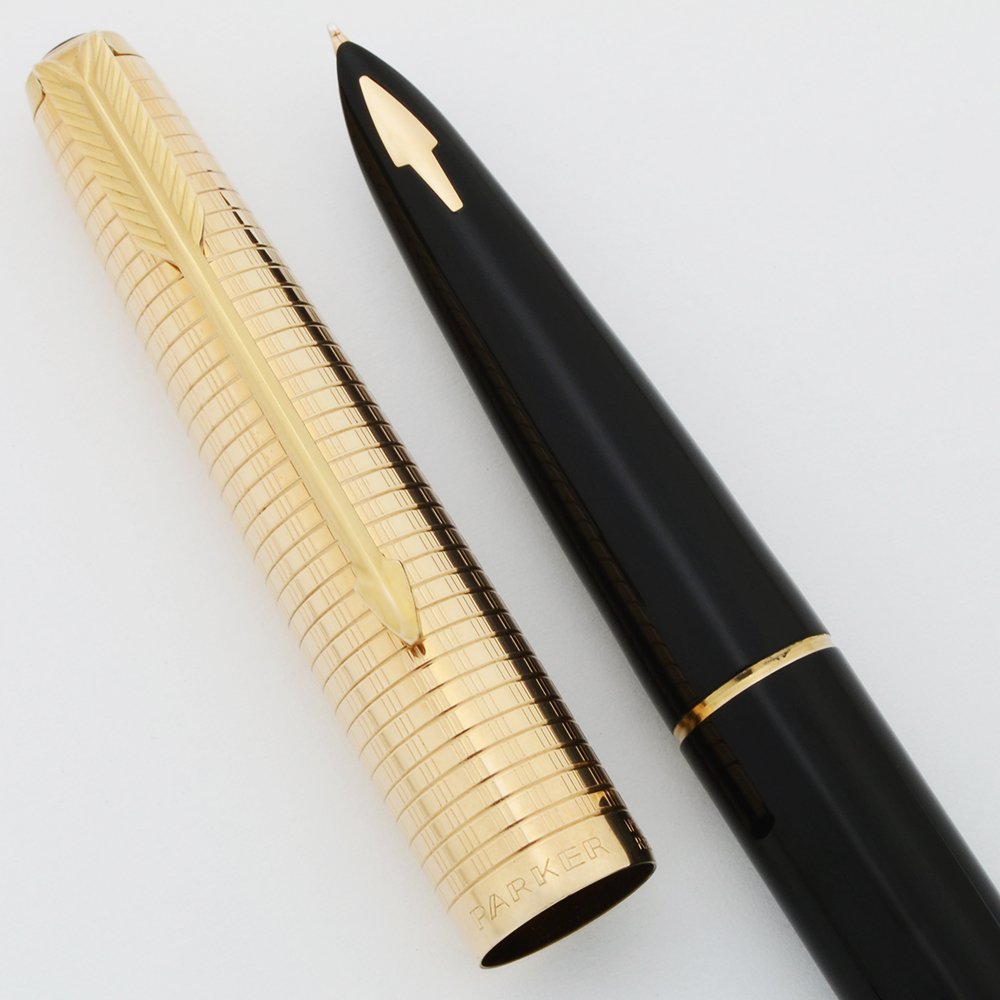 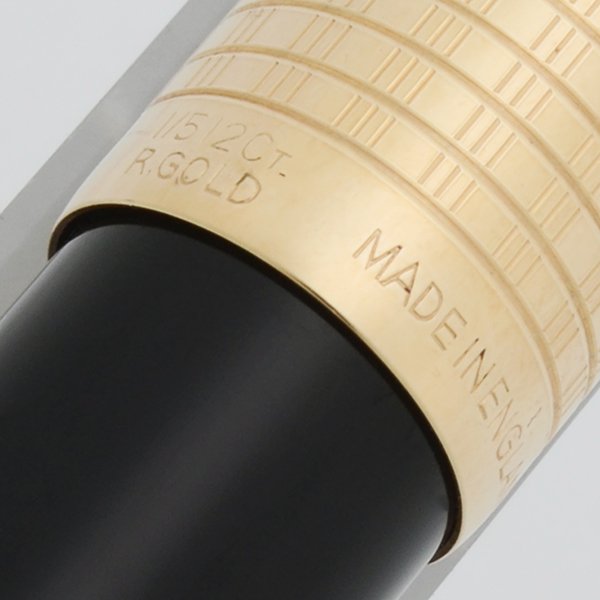 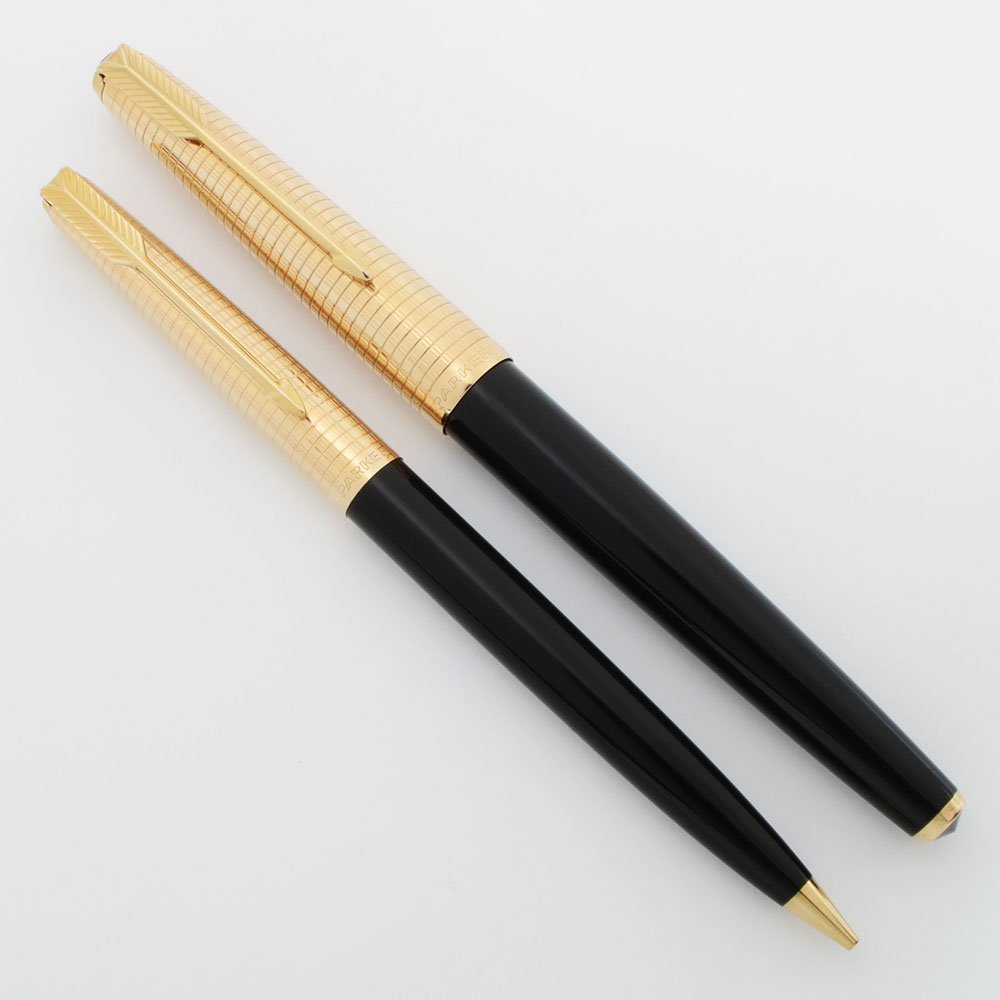