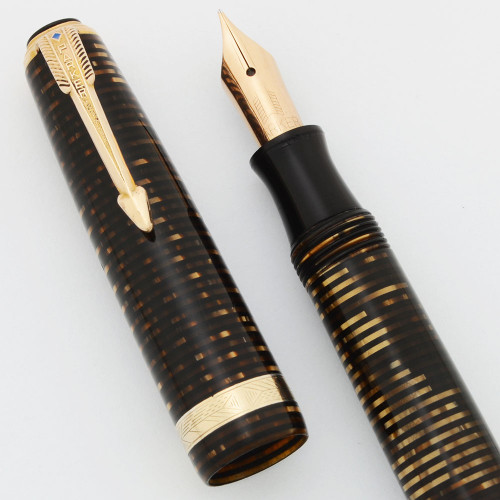 Product Name  An unusually long version of the Vacumatic Debutante. It may be a combination of parts, or an uncommon model not mentioned in the Vacumatic book!  We think the length may be explained if it was originally a lockdown filler, so the blind cap would have been shorter, and it would be the same length as a lockdown filler with the blind caps removed. However, we checked it with the cap from a late 1930s lockdown Vac debutante and that cap was too big for this pen!

Manufacturer and Year  Parker, USA -- 1938 (The date code is a clear 18 with two dots. It has the late plastic plunger system, but the date code suggests it might originally had a speedline filling system).  The "dot" version of the date code was introduced in 1938, so this combination of date indicators may have been transitional.

Length  5-1/8" which is much longer than the standard Debutante size of under 5".

Filling System  Vacumatic filling system, restored here at Peyton Street Pens. This is the late plastic plunger version and might not be the original filling system.

Color  Golden Pearl bands alternating with semi-transparent amber bands. It has gold filled trim and a short Blue Diamond clip. Cap band is a more elaborate version of the more common chevron pattern. This mix of chevrons and diamonds was originally on the Junior Debutante, this pen, but was later used for the blue diamond clip debutantes. The pen has two emerald pearl jewels.

Nib  Medium 14k nib. It has tons of tipping material.

Condition  Very nice condition with a crack in the cap lip. The barrel transparency is good and the imprints are very legible. The pen has handwear and some microscratching. The trim looks great but does have some wear.  It's fully restored and working well. 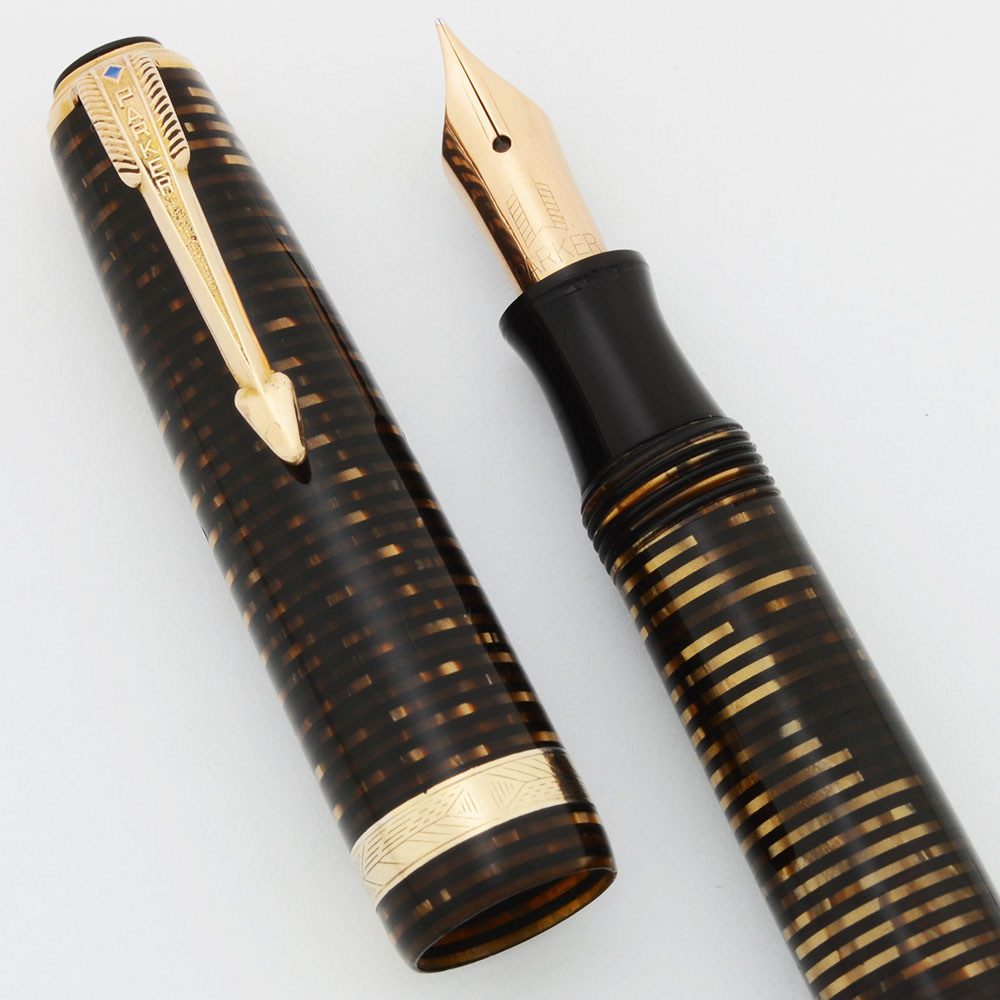 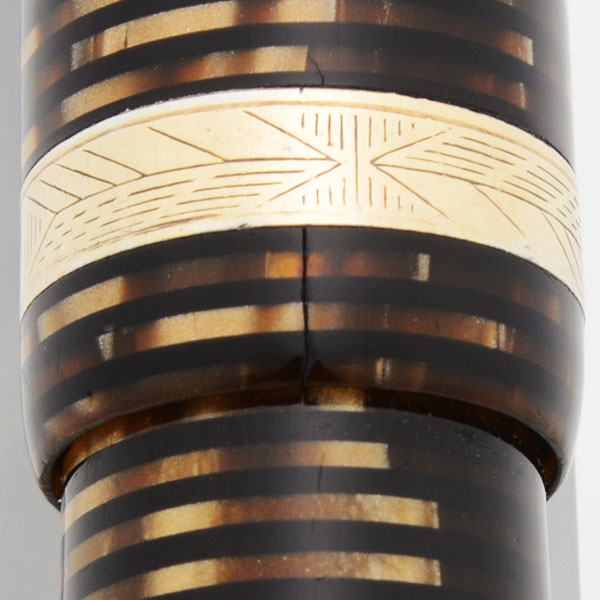 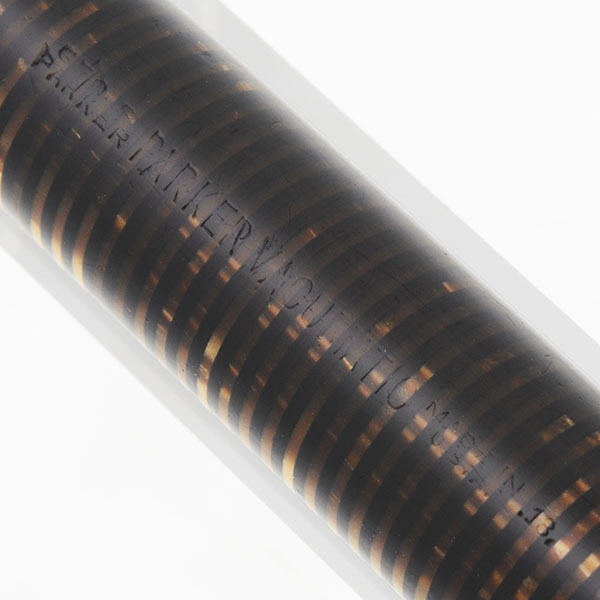