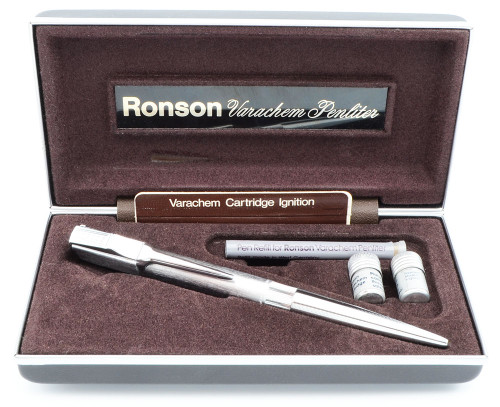 Filling System  It has a proprietary ballpoint refill. Neither the one installed in the pen nor the extra one in the box work, and unless you get lucky on eBay, you're not likely to find one.

Color  Brushed and Spiral Impressed Chromium, according to the box.

Condition  Excellent pre-owned (but non-working) condition. There are a couple of rough spots on the pen, near the lighter button and around the top, but the overall look is really nice. Comes in box which contains a non-working pen refill, as well as two aluminum canisters for the lighter cartridges. No cracks, chips, dings, dents, brassing, or personalization.

We couldn't find a lot of information about Ronson's Varachem technology. As far as we can tell, it involved a highly reactive flammable rocket fuel, and was pulled from the market shortly after the product launched due to dangerous leakage problems. We are guessing that any fuel originally contained in the pen or canisters has leaked out and is no longer dangerous...but due to the extreme drought conditions here in California we're not opening them to check. 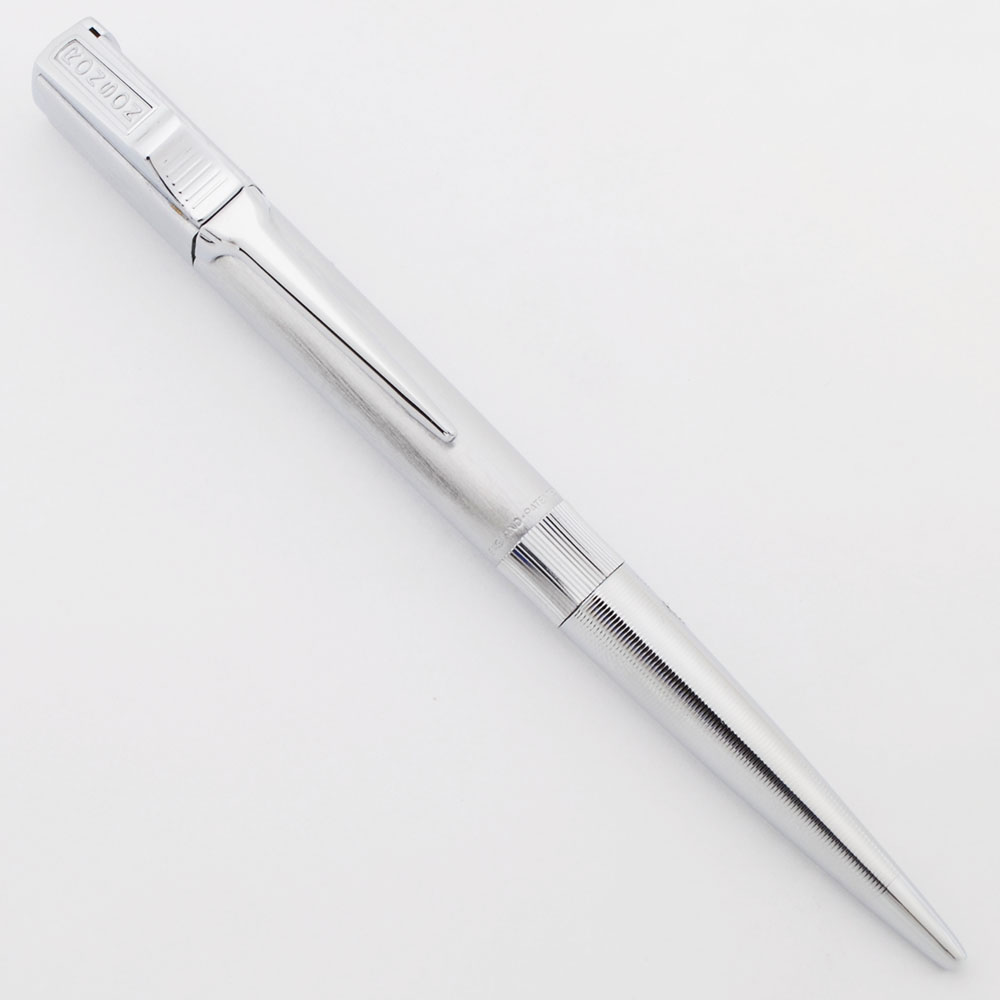 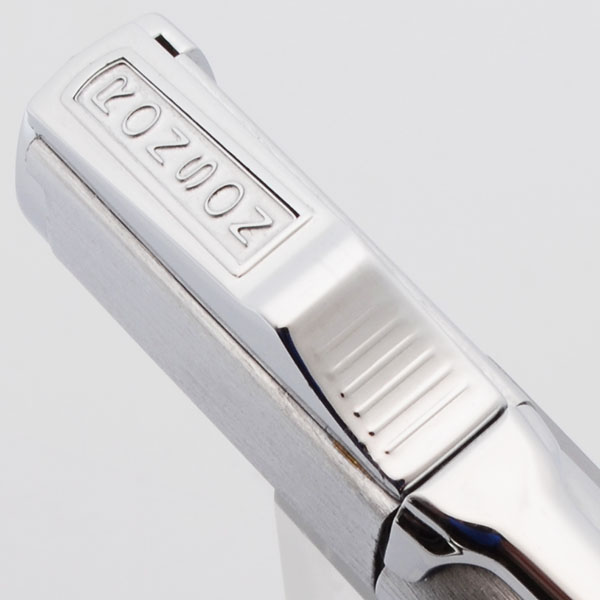 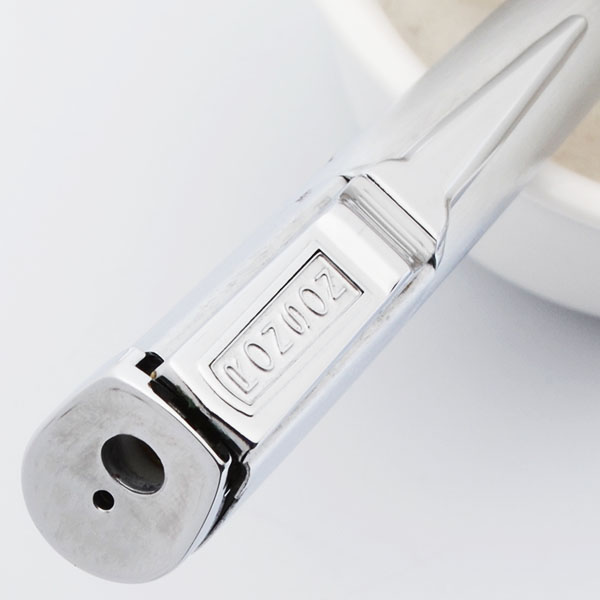 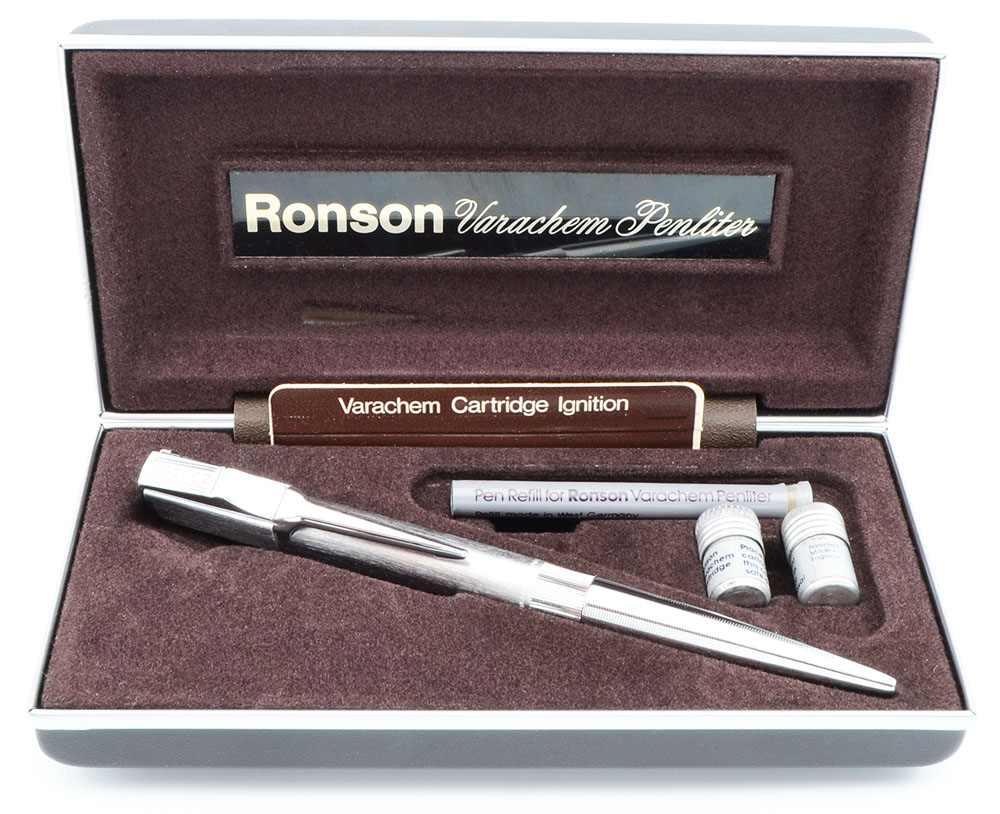