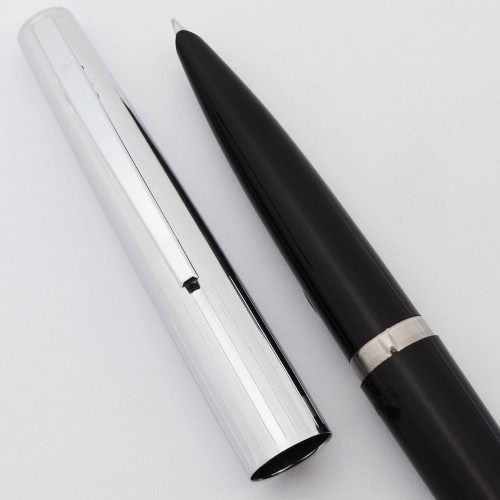 Product Name  Glideriter Fountain Pen...we think. We could only find a couple of references on these pens, and nothing definitive from the company itself. We do know that they are Models 101 & 103, per the chalkmarks on the barrel. We have not been able to discern the difference between the two models except for the chalk mark.

Color Barrels are either black, red, or green. Caps are all bright silver colored.

Nib We have varying quantities of extra-fine, fine, and medium nibs.

Condition  New Old Stock. There is storage wear and light marks on both barrels and caps. Most barrels have chalk marks.

We received these pens from outside the United States, and as mentioned above, we haven't found much reference material of these pens. One notable characteristic is the white-colored feed, which seems to be the same feed as used in the Sheaffer Glideriter pens, which were an early fiber-tip pen. The Glideriters were designed to be markers that used liquid/fountain pen ink. With these fountain pens, it looks like Sheaffer based the nib off of a Parker 51-style nib, wrapping it around the Glideriter feed. We don't really know how successful this experiment was, but we suspect that it was less than ideal, which is why the model is so rare and the pens were only produced for a limited time. 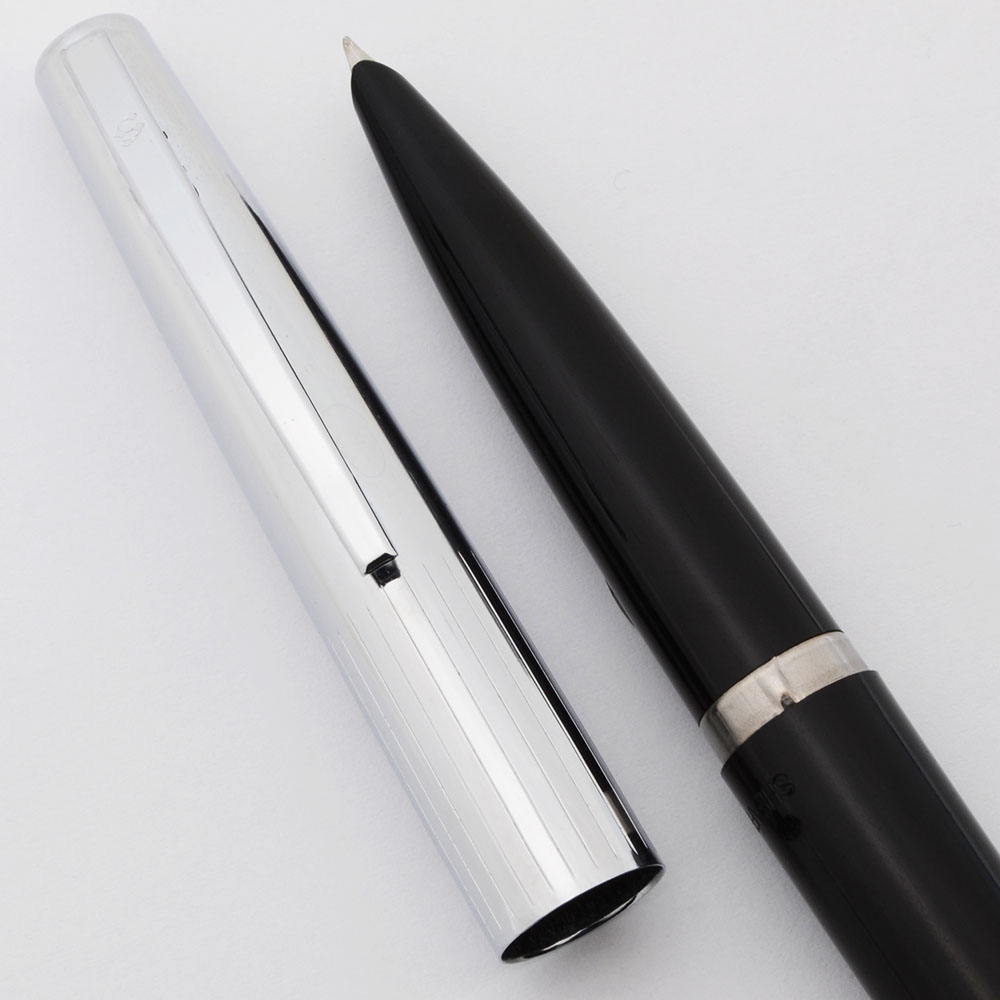 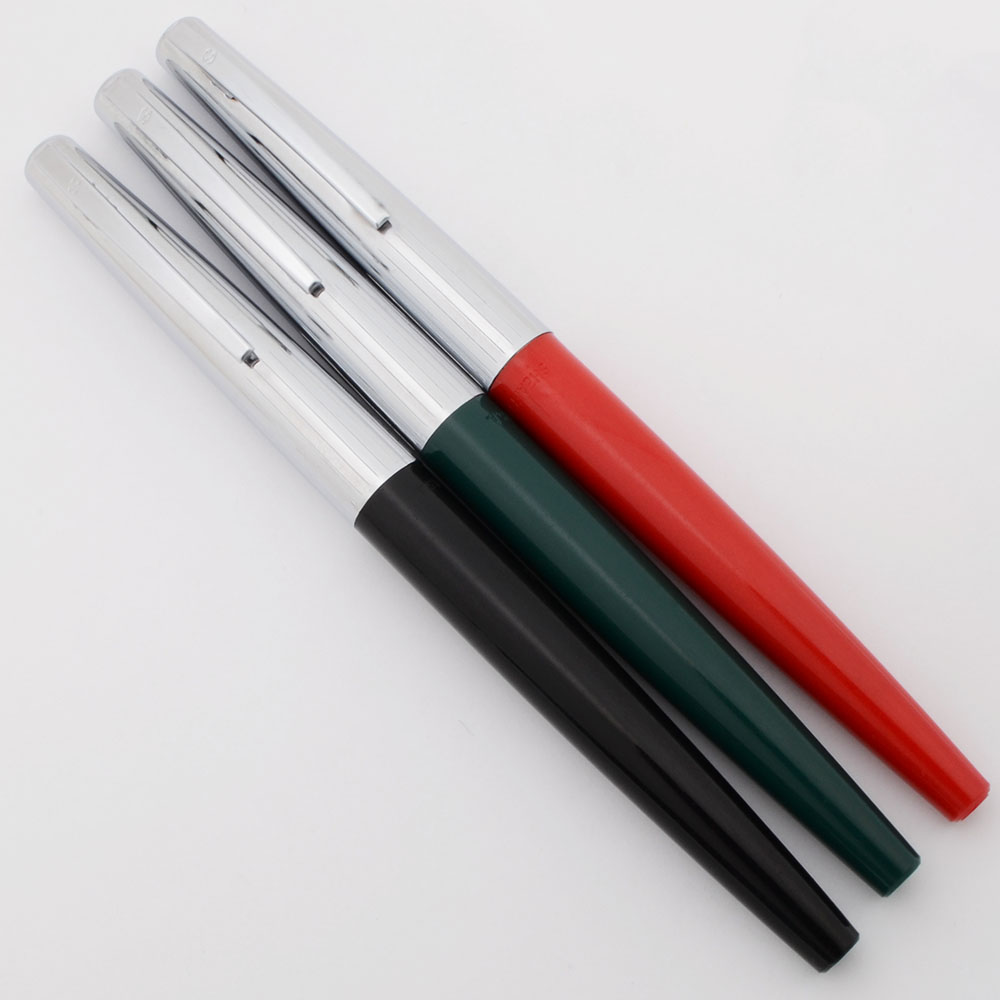 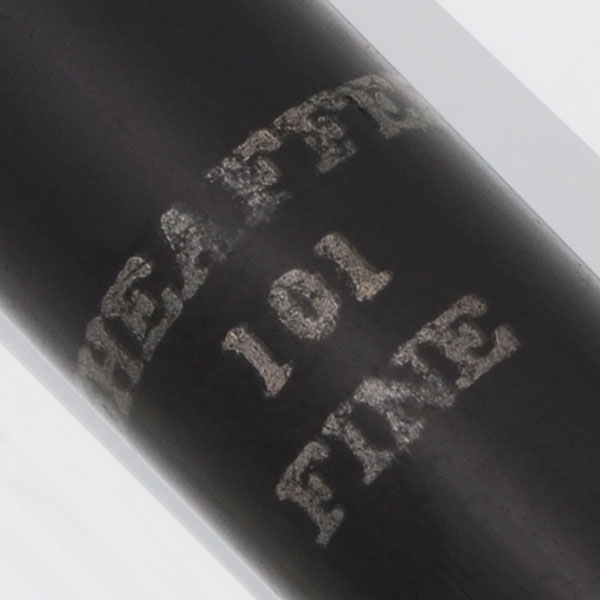 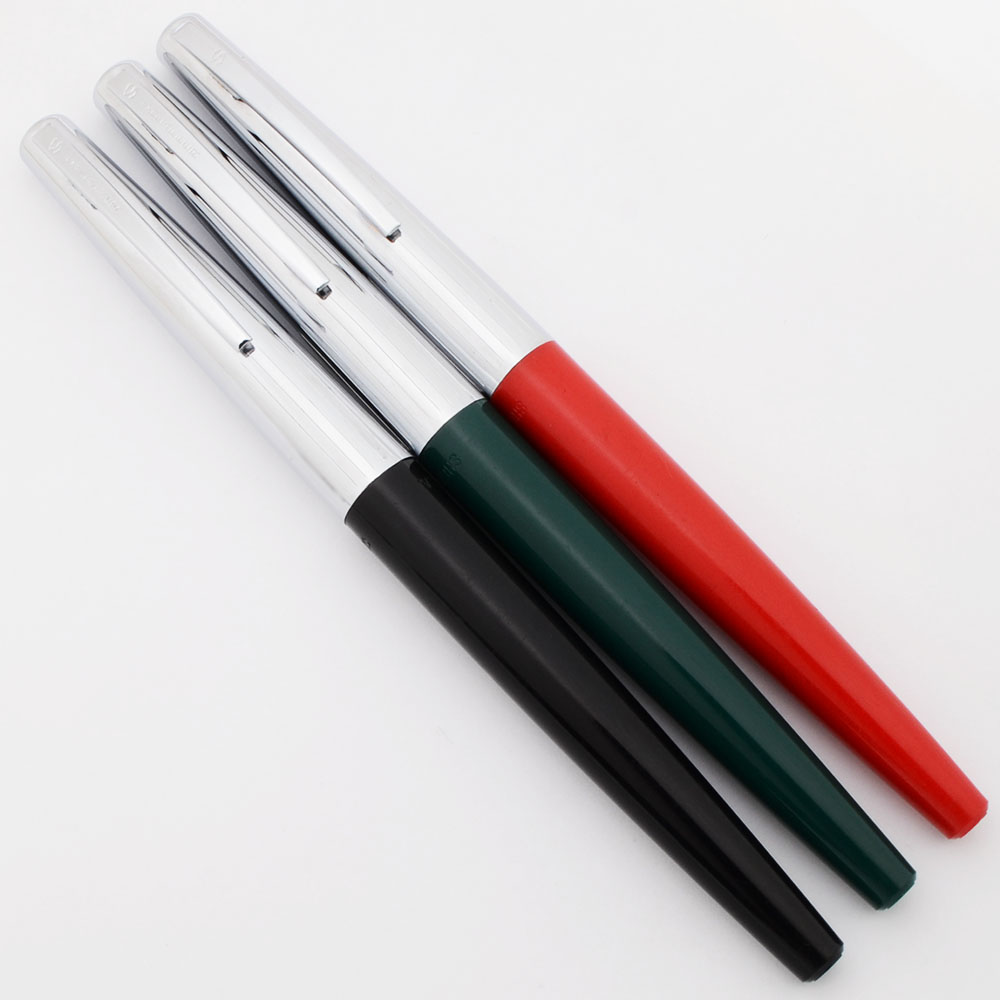 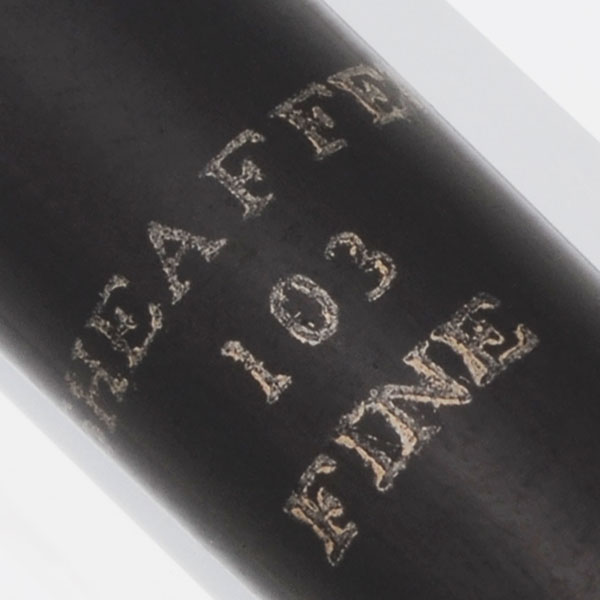 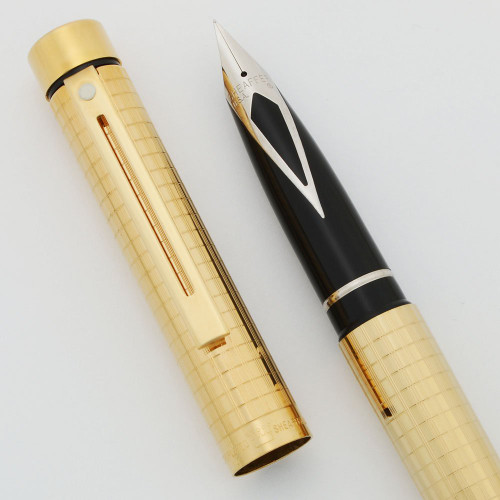 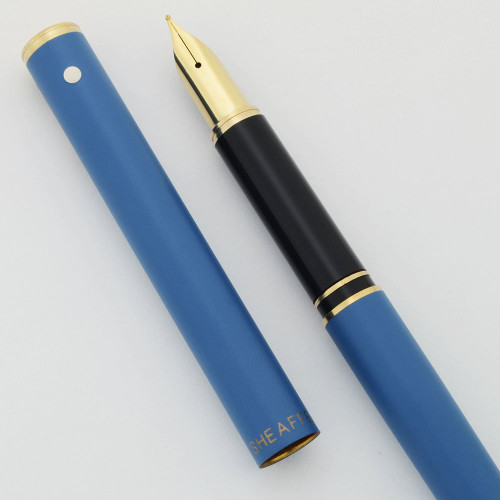 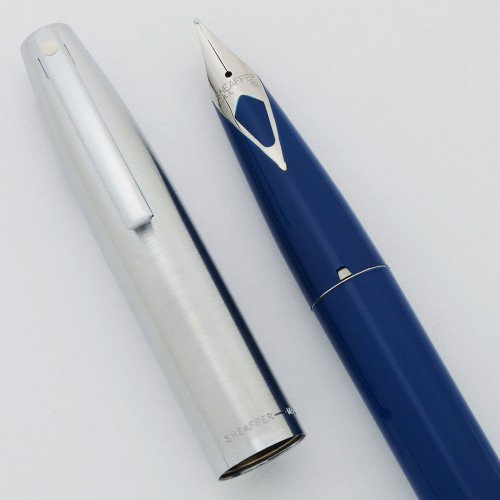 $48.00
Type  fountain pen Product Name  Model 440 -- this is one of the "quasi-Imperials" like the model 330, which mirror the style of the more expensive Imperials of the era. Manufacturer...
Choose Options 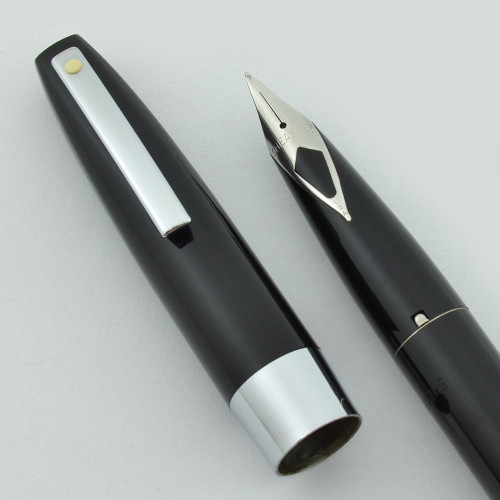 $54.00
Type  Fountain Pen Product Name  Sheaffer 330 White Dot. This is one of the quasi-Imperials, which have the same style cap and inlaid nibs as the higher end Imperials and PFMs of...
Choose Options 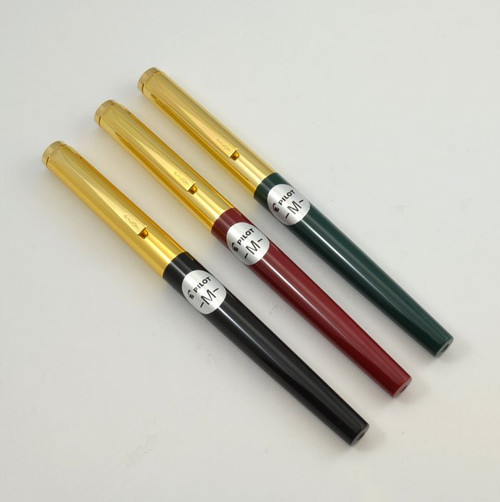 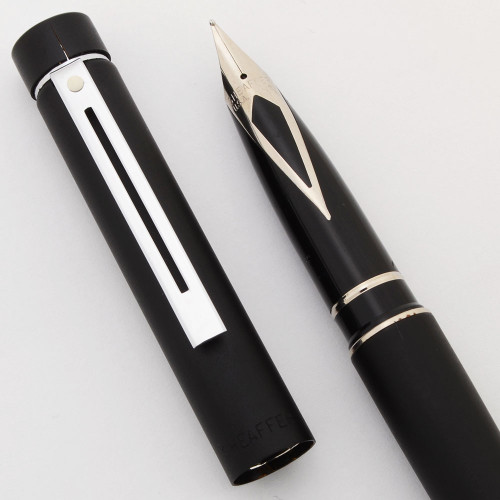