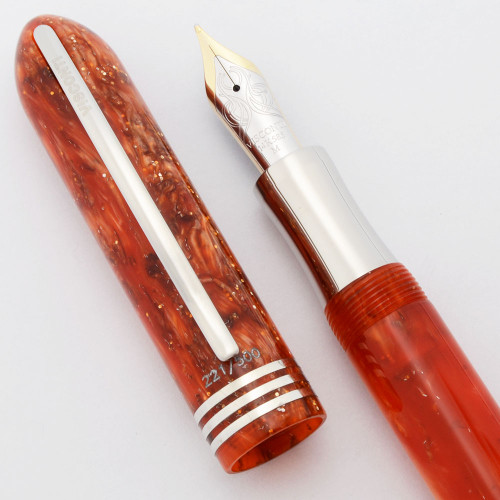 Product Name  Amigdala "You and Me" Limited Edition (#221/500). The pen was originally part of a set that included a small matching ballpoint, but we only have the fountain pen.

Color Orange with swirls on the barrel and with more ornate coloring on the cap, including gold sparkles. Silver trim. The cap also has a screw in the back of the cap to adjust how much the clip can move.  Beneath the screw there is an imprint, Visconti Amigdala.  The limited edition numbering is below the clip.  "You & Me" is imprinted just above the three ring cap band, with an arrow going through it.

Condition Excellent + condition, with no cracks, chips, dents, or dings.  This is a large-sized pen in an eye catching color.   The barrel looks beautiful except for some light marks near the end, perhaps caused by posting.   The three rings of the cap band have some small scratches going through them, which can be seen in the photo below which shows the serial number.  All imprints are clear. 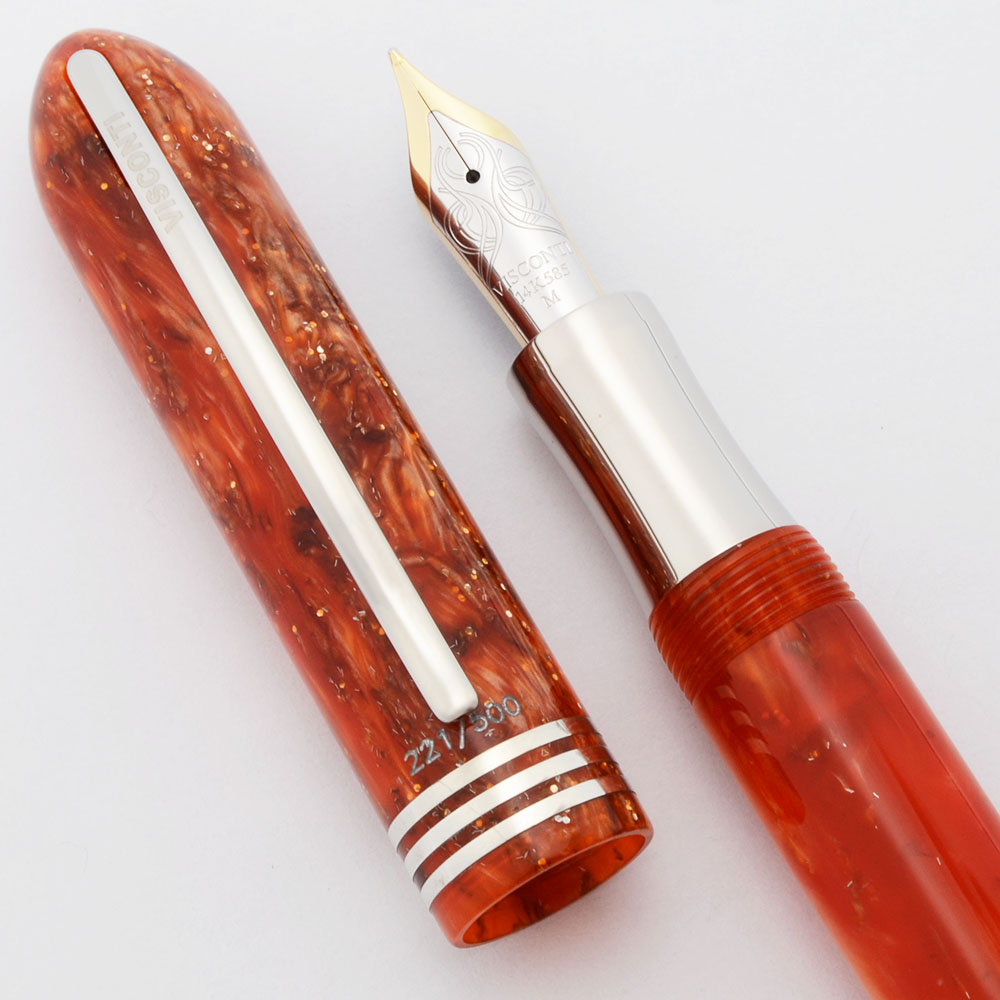 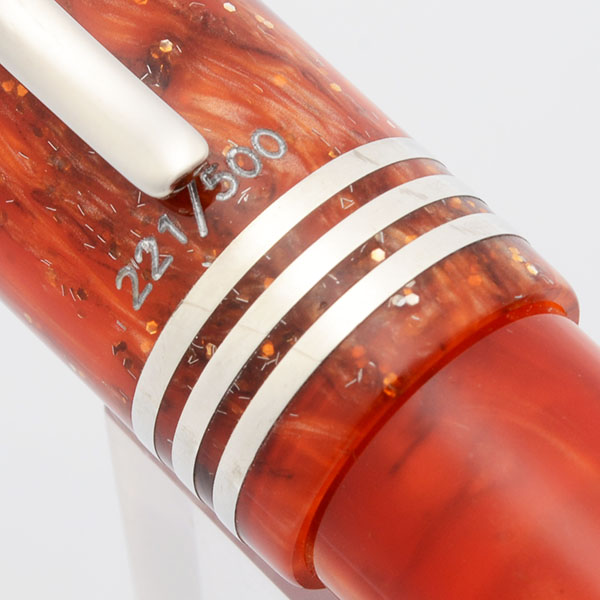 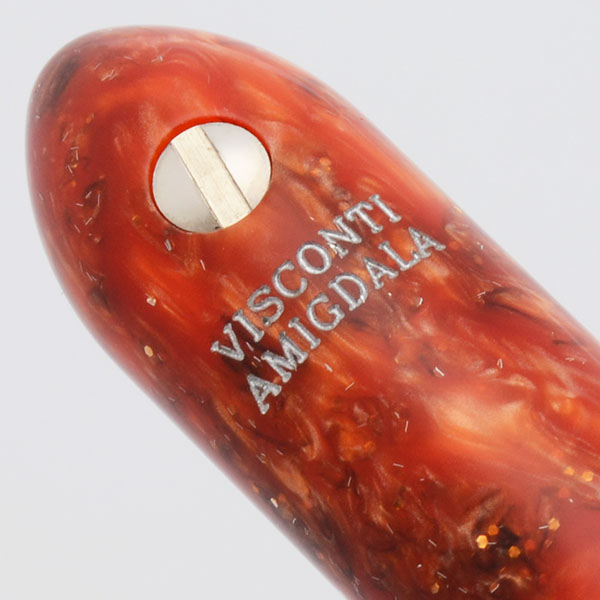 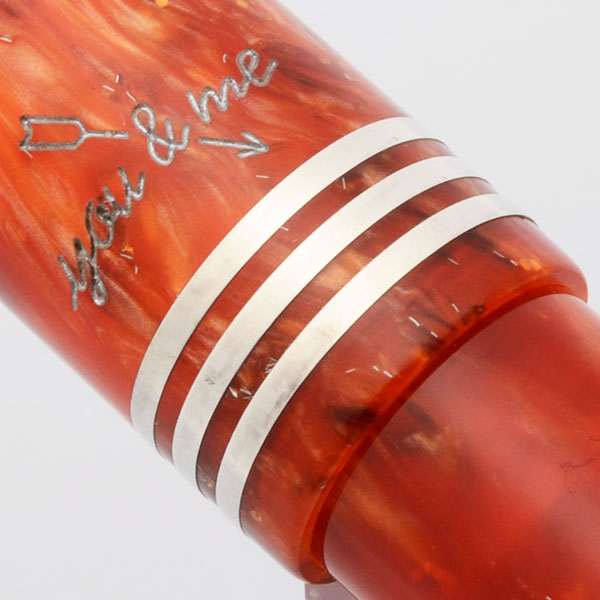